How does regional integration among developed countries influence trade. Does the impact differ among sectors?Maja Rynkowska2018-02-08T11:47:02+01:00

How does regional integration among developed countries influence trade. Does the impact differ among sectors? 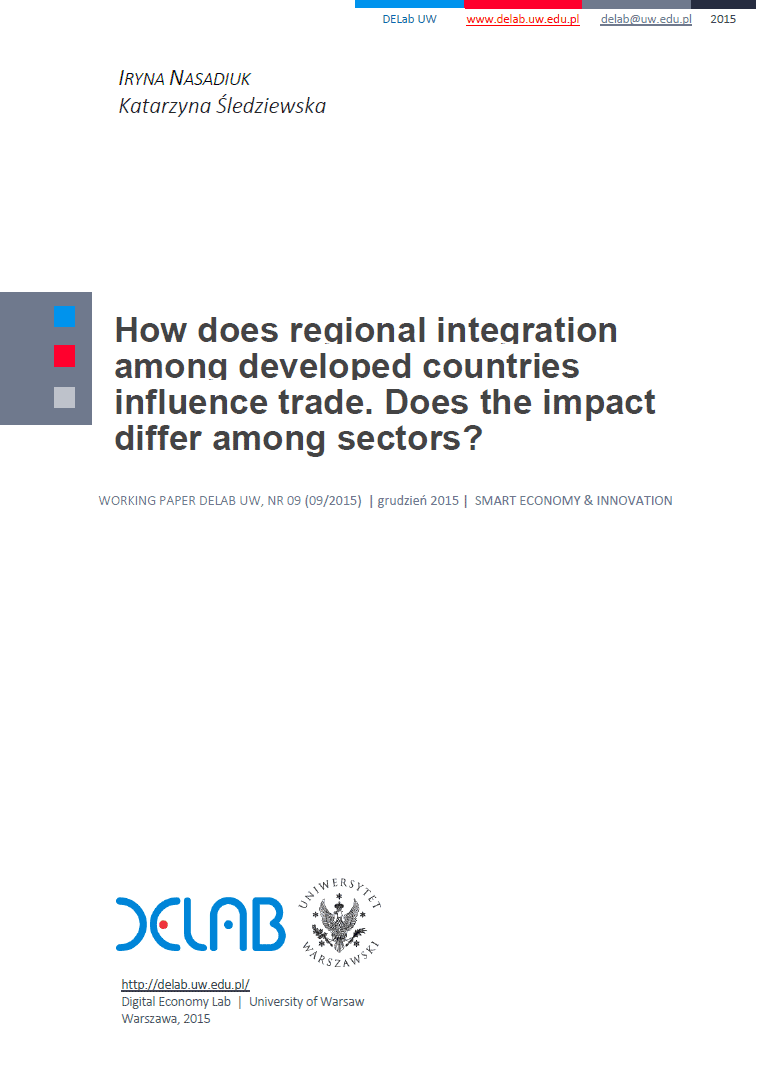 In the paper we investigate the impact of regionalism on trade. The importance of regionalism, which we can define as actions by governments to liberalize or facilitate trade on a regional basis (through Partial Scope Agreements PTA, Free Trade Agreements FTA, Customs Unions CU or Economic Integration Agreements EIA), is growing – as has been evidenced by the number of regional trade agreements (Regional Trade Agreements – RTAs) as well as the fact that almost every country in the world has entered at least one RTA agreement. In May 2015, 407 RTAs were in force (counting goods and services separately). Each regional trade agreement has various features from elimination of tariffs to deeper forms of integration such as technical and phyto-sanitary measures harmonization. This paper aims to identify deeper integration with RTAs on the sectoral trade between industrialized, old and newly, over 1995-2011. The impact of RTAs are evaluated for 17 WIOD sectors and follow the research of Baldwin (2006), Flam and Nordstrom (2003) and Fernandes (2006). The results show that EU effects and RTAs effects of higher exports between partners can be identified with the help of gravity model. While EU effect for the most of 17 sectors is the largest in magnitude, RTAs effect is greater in case of deeper integration when RTAs include technical barriers to trade and sanitary and phyto-sanitary measures harmonization.